Today I Iistened in to an informative conference call hosted by Trulia’s co-founder and CEO Pete Flint [1] and RealtyTrac [2]‘s Rick Sharga [3]. As always great stuff, and I got to act like a reporter and ask a question – lots of reporters were on the line. More on my question in a later post.

Pete commented that as we go into a housing market of declining government support, foreclosures will continue to become an integral part of the housing market – loan mod programs were not making an impact on foreclosure volume. Rick suggested the “short sale” phenomenon was over hyped because it will not solve the significant foreclosure problem. Foreclosures will peak in 2011 and then return to normal levels by 2013. 5.5M properties in serious delinquncy, 100k new foreclosures per month with a 55 month supply. 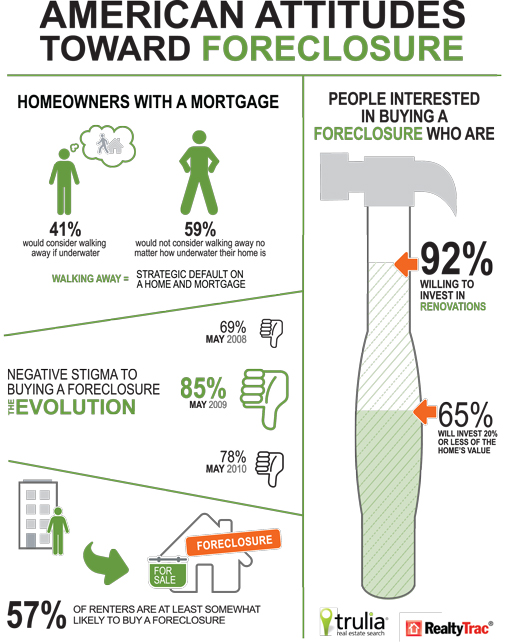