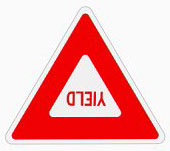 According to SmartMoney.com [3] “The answer is that long-term investors will settle for lower yields now if they think rates — and the economy — are going even lower in the future. They’re betting that this is their last chance to lock in rates before the bottom falls out. Inverted yield curves are rare. Never ignore them. They are always followed by economic slowdown or outright recession as well as lower interest rates across the board.”

Perhaps this is an indicator that the economy will stall, and rates will go down even further. Stay tuned.