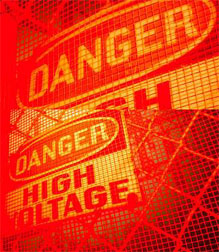 “Comptroller of the Currency John Dugan said Thursday he has grown increasingly concerned by risks to both borrowers and lenders from relatively exotic negative-amortization and payment-option mortgages.” There has been a spike in volume of these types of loans as less affluent customers jump in the fray [REJ] [1]

The comptroller seeks to have guidelines in place by the end of the year to provide appropriate standards for these mortgage types to reduce “payment shock” within a few years of origination.

Also in reference to the turf war between the OCC and state officials, the OCC said that there is no damaging “regulatory gap” and state officials should focus on “thousands of non-bank lenders and brokers that are not subject to bank-like examination and supervision” and that are “commonly cited as a significant source of abusive lending practices,” he said.

The proliferation of exotic mortgages has largely occurred because more than 70% of mortgage origination is through wholesale channels rather than retail. The industry is incentivized to qualify the borrower and will find the product to match affordability. This places the lending industry in a precarious position. On one hand they are encouraging home ownership, but on the other hand, it has been one of the factors in the run-up in housing prices.