The US Labor Department released their CPI report which indicated that U.S. CPI was up 0.5% in July, largely on energy costs. [1] CPI (Inflation) is up 3.2% over the past year, as compared to 2.5% over the prior year. Still historically low but a cause for concern. Housing accounts for 40% of overall CPI. 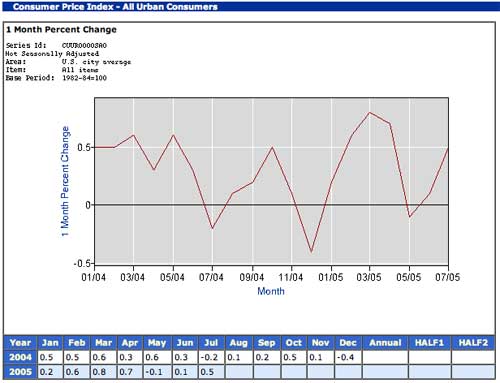 It is interesting to note that the previous [table from the BLS.gov site] the year over year change in CPI was actually much higher in February through March. 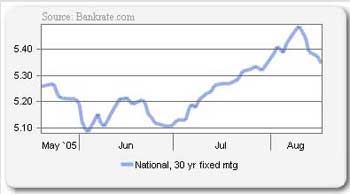 Core inflation [4], which excludes food and energy costs however, was virtually flat at 0.1%. With core inflation rates so low, the bond market now seems to view rising energy costs as predictive of softer future spending [5], and less of a red flag for inflation.

This may influence long-term mortgage rates to stay at low levels since bond investors still don’t appear to be overly concerned about inflation at this point. Mortgage rates have actually trended down since the end of the first week of August.