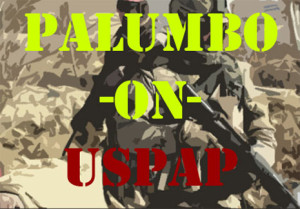 Palumbo On USPAP [2] is a column written by a long time appraisal colleague and friend who is currently the Director of Valuation at Weichert Relocation Resources and a user of appraisal services. He spent seven years at Washington Mutual Bank where he was a First Vice President. Mr. Palumbo holds an SRA designation, is AQB certified and he is a State Certified residential appraiser licensed in New Jersey. Joe is well-versed on the ever changing landscape of the Uniform Standards of Professional Appraisal Practice [USPAP] and I am fortunate to have his contributions. View his earlier handiwork on Soapbox [3] and his interview on The Housing Helix [4].
-Jonathan Miller

The Fool’s Gold of AMC Licensing

Since I landed in the world of Relocation some three and a half years ago, I really did not pay much attention to what was happening in the trenches of the lending world. That changed when the concept of licensing appraisal management companies came about. My interest became more of an occupational study since these laws are so “broad-brush” and vague. As the manager an in-house appraisal arm of Relocation Management Company I was shocked and disappointed that that these laws cast a net on just about anyone who manages selects and retains appraisers for third party use. Clearly this type of legislation was created out of a knee-jerk reaction to one of the many “crisis-type” issues that came AT the appraisal community in 2008 and 2009. I am specifically referring to the attention to the “appraisal process” brought about by the ill-informed attorney general Mr. Cuomo of NY and the infamous HVCC. I agree with the basic the tenets of the HVCC and the AMC laws I just do not think there will be a net tangible positive affect and that the “real issues” are being conquered. AMC laws and HVCC are not the PANECEA. I WISH THERE WERE a panacea because some calm is needed. Being the realist and institutionally tenured manager of the appraisal process I just know reality of what happens VS what is supposed to happen. 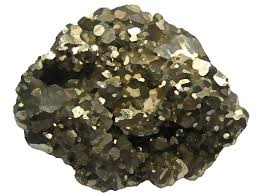 For starters let me say that the relocation world has no direct OTS-like government oversight or appraisal requirements for the appraisals which are NOT intended for lending. The relocation industry is self- policing and we rely on what is set up by state licensing and our own quality control. Let me also say that while my department may perform some of the same functions that an AMC does, we do not TAKE ANY of the appraisers fee. We do select maintain, review AND USE appraisers as well as arbitrate valuation disputes. Also for the record I am not anti-appraisal management company.

Here is the issue: As pointed out by the OTS, last year FIRREA laws of 1989 already contain much of the language that the AMC Laws cite. States have also set up Appraisal Boards who are supposed to monitor fraud egregious issues and such. The problem with FIRREA and the State Boards is simple: money, resources and time. So along come laws that state it is unlawful to coerce an appraiser, unlawful not to pay them, unlawful to tell them which appraiser to use, unlawful to have people who select and review who are not “trained in real estate”, and so forth and so on. So the new laws are just restating the same of what we already had but we still lack an efficient mechanism to enforce. If the AMC laws are governed and enforced by the state boards who are short on cash and time then what makes AMC laws different? Currently 18 states have such laws on their books.

On top of the AMC laws many states are requiring AMC’s to be “registered”. This process is costly and requires plenty of paperwork. KUDOS to the Governor of Virginia, who signed his states law basically making it illegal to engage in the “appraisal nonsense” described above, but NOT requiring a registration process or fee. Also noted as being proactive is Arizona, which requires licensing and registration for AMC’s but which has a single line exemption for the relocation industry simply because: “we are not the problem” (the law reads the exemption for appraisals prepared for the purpose of employee relocation) .

Recently I was contacted by a state board attorney whose state passed AMC legislation in 2009; she stated “this law was not intended for your business model….because you use the appraisal with the client, whereas an AMC does not use…. it they get it…Q C it and pass it on”. It is great to see some realistic thinking for a change. The AMC- appraiser relationship is much like the HMO doctor relationship: mutual need mandated by external forces peppered with some mistrust. Don’t get me wrong there is a lot of merit to the underlying premise of HVCC and such I just do not think it is going to result in a changed world for the appraisal community. What the appraisers do not like about the AMC’s are the request for fast appraisals, some at a lower fee than they have seen in years, requests coming with numerous assignment conditions many of which are not realistic and unacceptable (3 comps within 3 months and 1 mile) the occasional “can you hit the number request” before the analysis gets done (comps checks)…among many others.

Many of the pressures ON AMC’s…yes I said ON AMC’S, are a result of what has transpired in the world: Increased competition, web-based valuation tools, fingertip internet real estate research, fraud, secondary market issues, and MISUNDERSTANDING of the appraisal process in general. I wonder what planet the “investors” live on that have guidelines they will not purchase loans in declining markets? I also believe that a lender than asks an appraiser to “remove a negative time adjustments” should be reported to the LVCC hot line” . Oh… that’s right there is none? Call your department of banking they say. Good luck. I had an appraiser the other day who did not read or adhere to the engagement letter I sent tell me “we have an AMC law here and you have to pay me regardless or you are breaking the law”. I stated, “great, I will take my chances since you signed the engagement letter but yet failed to meet the (simple) requirements stated in the letter, which is why I have called you three times ”. We’re not talking about value here we are talking about basic development and reporting issues that were not clear to me as user and client. Is this what the AMC laws are for?

Does anyone really think that the requirement of an AMC to fill out an application, pay a fee and require a few staff to take a 15-hour USPAP will stop the madness? Actually if the fees are an issue it could increase the cost of operating for the very folks that are presumable not paying a “fair rate”. Since the BIG 3 lenders (all using profitable AMC’s) have 60% of the market now via servicing or closing every US loan, I don’t see things changing until we see a UNIFIED industry, an industry that will unilaterally agree to push back on any conditions that are deemed to be unreasonable. It is very difficult to push back on three financial giants, but without a push, it will not happen. The other day a friend told me of a lender (his client) who is seeking to create a special list outside the AMC they use; their claim is poor service and product….betcha licensing that AMC would fix that! I also heard of a request coming from a AMC in a state that requires they be licensed and registered. The “caller” asked the appraiser if he could “hit the number”. He asked “isn’t that a violation of the HVCC and the AMC laws?”. The caller laughed…who is enforcing this stuff anyway..we do it all the time and we just send a text message to our appraisers telling them what they need”. There are approximately 97,000 appraisers in the US handling over 1 trillion dollars in mortgage money. Over 75% of the states require licensed appraisers for federally related transactions and 45% require for all appraisals. Imagine if ALL 97,000 decided to make change by just saying “no” on unreasonable compensation or assignment conditions. If we did not have state licensing there would be a clamor to get it. Remember what was stated twenty years ago? “State licensing will change everything” .

Maybe it didn’t because we didn’t MAKE it matter.

What we had already in FIRREA and state law is part of the mechanism to get us to the next level. The missing ingredient is unity. It does not mean abolishing the AMC’s or AMC laws either. Let’s look within and stop trying to reinvent the wheel with both the products and the process. We are miners of fool’s gold until we make real change happen from within, which while not easy is the only way for true meaningful change.