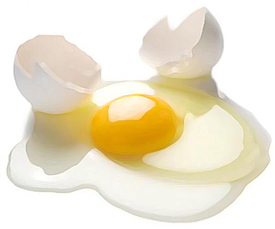 Robert Moses, the Master Builder of New York, famously uttered these words [1] at the groundbreaking of Lincoln Center in NYC.

You cannot make an omelet without breaking eggs.

I highly recommend The Power Broker [2]by Robert Caro (and his LBJ trilogy) that chronicles Moses’ life but make sure you dedicate a lot of time – it’s a long read.

Amid the scrambled (sorry) state of financial reform going on in Washington right now is the underlying newly realized immovable object and the likely outcome for Wall Street:

Ok, eggs not a great analogy but I needed to squeeze one of my favorite quotes of all time in somehow. Lower leverage is in the future of Wall Street. Take lower risks and there are lower returns to firms eventually translating into lower compensation, translating into tempered housing demand.

This Monday federal regulators finalized guidance [3] on a hot topic as of late: executive compensation:

The final guidance is similar to what the central bank proposed in October, but would now apply to the entire banking industry. Previously, its efforts targeted only holding companies and state-member banks…

Much has been made in recent months of last year’s record profits on Wall Street, the myriad ways (near-zero interest rates, bailouts, accounting rules changes) that government policy boosted those profits, and the seven or eight figure bonus packages that some Wall Street executives awarded themselves from those profits. There has been less said, however, about what happened to aggregate wages and salaries across the securities industry in New York City in 2009. Not only did wages fall, but the fall was the steepest in modern history—including the Great Depression.

Adjusted for inflation, average wages in the securities industry plummeted 21.5 percent in 2009 and 24.6 percent over two years.

A key economic engine in the New York City metro area that provides 25% of personal income and 5% of the employment and creates 2.5 private sector jobs for each securities job, this should also be a concern for sustainability of the current level of housing demand.

Ironically Wall Street has been telling us this for years: past performance does not guaranty future returns [5].