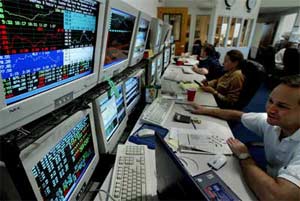 His well-respected perspectives seem to be fairly macro and investor orientated, which makes sense given the nature of his business, Berkshire Hathaway [4].

What we see in our residential brokerage business is a slowdown everyplace, most dramatically in the formerly hottest markets. The day traders of the Internet moved into trading condos, and that kind a speculation can produce a market that can move in a big way. You can get real discontinuities. We’ve had a real bubble to some degree. I would be surprised if there aren’t some significant downward adjustments, especially in the higher end of the housing market.

Speculative investor trading is seen by many as the downfall of the current housing market. In fact, it has comprised an unusually large component of sales activity during the recent housing boom. There are significant pockets of concentrated activity to be very concerned about.

Dumb lending always has its consequences. It’s like a disease that doesn’t manifest itself for a few weeks, like an epidemic that doesn’t show up until it’s too late to stop it. Any developer will build anything he can borrow against.

I am of the belief that loose underwriting standards, is far and away a more serious issue than investor sales activity. It is a ticking time bomb, that will catch most unaware, should the real estate market fall. The large scale shift to wholesale mortgage origination (mortgage brokers) over the past decade has forced lenders to unwittingly place their trust (asset protection) to those on commission. The elimination of the most important elements of the bank collateral review process (appraisals) have made the analysis process essentially a paperwork funtion. The nationalization of banks and vendor services have cause lenders to lose touch with the nuances of the local real estate markets. The blind leading the blind – a collateral nightmare if you will.

If the real estate market continues to weaken, more of the short cuts of the recent boom that have become status quo will be exposed, but it will likely be too late. I don’t want to be the one to say I told you so, but its already too late…and thats really dumb.