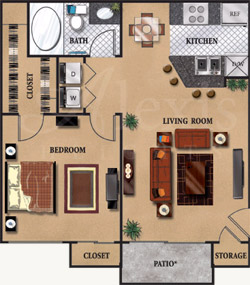 One of the casualties of the housing boom has been hotel capacity in major metropolitan areas as hotel owners compare the returns of hotel uses versus condominium conversion. In the article, Putting out The Ritz: When hotels go condo Hoteliers in New York are converting grand old inns to condos. Now Washington has joined the trend, and more will follow suit [CNN/Money]. [1] this phenomenon is discussed.

The trend has, so far, been mostly confined to New York City, where the world famous Plaza, the recently remodeled Drake, the Mark and the Stanhope will soon undergo a condo conversion.

For cities like New York, the loss of rooms can translate into lost revenue for the city. About 1,100 rooms per year are currently being constructed in Manhattan yet more than that are being converted to condo for a net loss in inventory. Tourists bring needed revenue to the city and need to be adequate to attract large conventions. Its a problem with no obvious solution unless the housing market cools, thereby slowing these conversions. 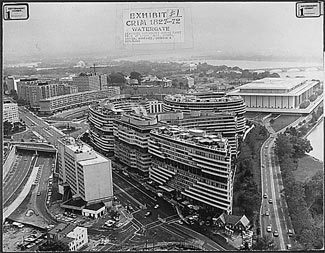 There is already a glut of condos on the market in Washington DC [CNN/Money]. [2] Washington is starting to see this activity on the relative scale that New York has been seeing this for several years. A renowned landmark in DC is catching a lot of attention for this very reason.

_Conversion or “Break-in” [sorry] of Watergate_

“Watergate” is a general term used to describe a complex web of political scandals between 1972 and 1974. The word specifically refers to the Watergate Hotel in Washington D.C. [3]

The phrase eventually morphed into a suffix for scandal “####-gate.”

“On June 17, 1972, police apprehended five men attempting to break into and wiretap Democratic party offices. With two other accomplices they were tried and convicted in Jan., 1973. All seven men were either directly or indirectly employees of President Nixon’s reelection committee, and many persons, including the trial judge, John J. Sirica, suspected a conspiracy involving higher-echelon government officials. In March, James McCord, one of the convicted burglars, wrote a letter to Sirica charging a massive coverup of the burglary. His letter transformed the affair into a political scandal of unprecedented magnitude”[InfoPlease]. [4]

But did you know that a portion of the Watergate complex was comprised of co-op residences? Now the hotel portion is being converted to condominium because it is up to 3x more valuable to its owners.

In 2003 the co-op portion of the complex wanted the hotel owners to convert the hotel to co-op [WE Guide] [5] instead of condos. Now in 2005 [WW] [6], the conversion to condo is actually taking place [7]. Actually, I always thought that the complex was on leased land but that would make condo conversion difficult or unlikely since the condos could not be owned in fee simple …but this is to be saved for a rainy day discussion.