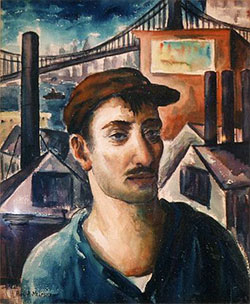 I was attending a panel discussion last week called VU 2006 hosted by New York University’s Furman Center and the New York Times. One of the phrases that came up repeatedly was affordable housing and the question was asked: “How do you define affordable housing?”

According to The City of San Diego [1]:

The median family income of the specific market is used to calculate the affordability.

Cities and towns across the US are losing workers who have become priced out their markets [NYT] [3]. Its a real problem and a hidden future cost of municipalities as they try to replace these workers.

For example, New York City will offer housing subsidies [NYT] [4] of up to $14,600 to entice new math, science and special education teachers to work in the city’s most challenging schools.

The housing boom has priced out many in the middle class who have been forced to seek other areas for affordable housing [ContraCostaTimes.com] [5].

This type of gentrification has long-term implications for the haves and the have-nots. Local retail stores, forced to leave because of rising retail rents, are replaced by chain stores reducing the appeal to the area by the buyers who were attracted to the housing in that location in the first place.

I can’t seem to get past the irony here. The very residents that created a community that attracts more residents and development are the ones being displaced.