On the surface, this survey looks like it could be useful, until you think about 1 in 5 worrying about making their payments. Is this a lot? I contend that this is not a big number. If it was over 50%, I would accept that survey as useful. As it is now, its just another study tied to the housing market but through the credit side. Since 2/3 of the economy is consumer Gallup is trying to muscle into the Conference Board and University of Michigan surveys. Here are the results:

Last week, the Federal Open Market Committee (FOMC) increased its benchmark interest rate a quarter point to 4.75%. It was the FOMC’s 15th consecutive rate increase. At the same time, the housing market shows signs of slowing and prices seem to be stabilizing. The question for policymakers is whether these three factors will combine to slow consumer borrowing and consumer spending. Of course, the Commerce Department reported last Friday that consumer spending rose only 0.1% during February, after increasing 0.8% in January.

In this regard, the increases in consumer confidence registered by both the Conference Board’s Index and that of the University of Michigan during March would suggest another increase in spending during the months ahead. In sharp contrast, however, the new Experian/Gallup Personal Credit Index (PCI) survey designed to provide a “window” into consumer credit perceptions/intentions fell back to its January level. It also shows only 15% of consumers saying now is a good time to borrow, with 19% saying they are worried about making their monthly payments. The new PCI survey was conducted March 17-23, just before the most recent FOMC meeting.

If the link breaks, here is the report: 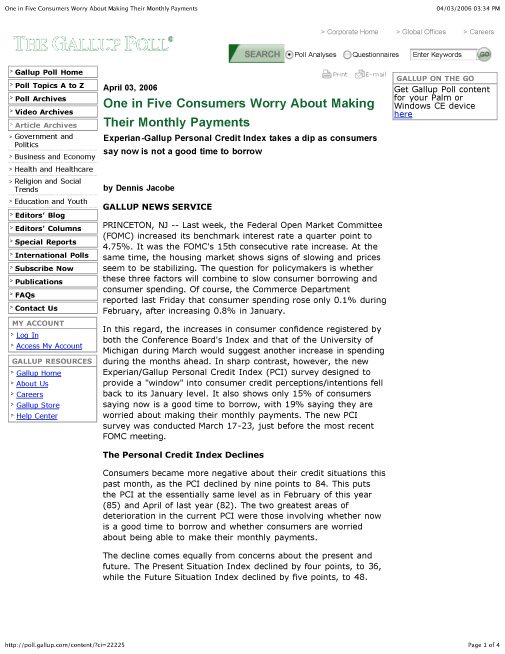 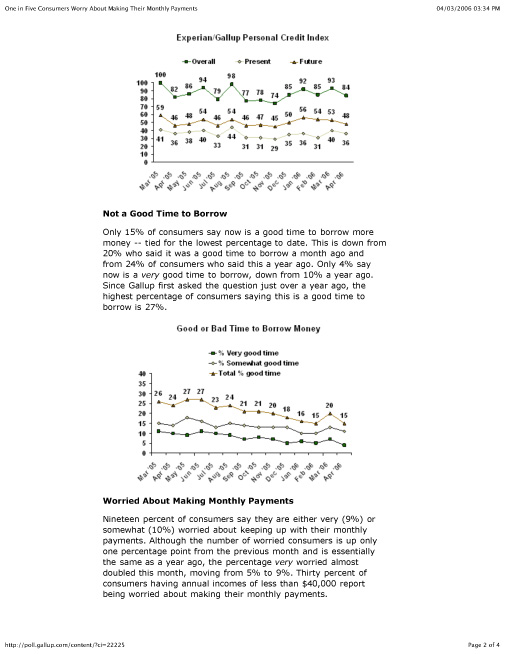 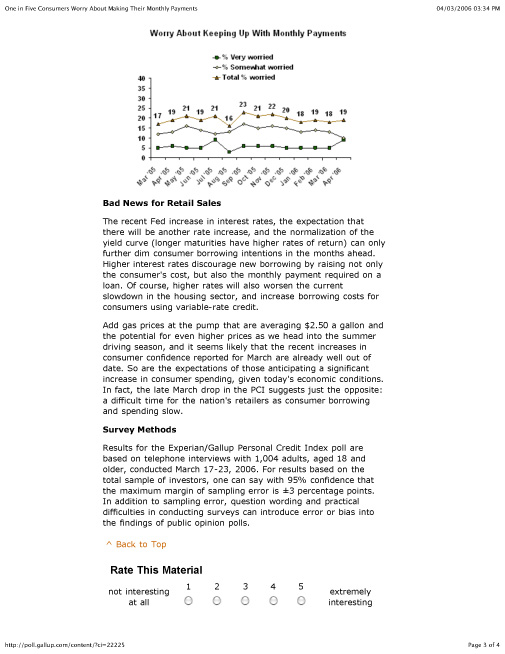