RealtyTrac, an online marketplace for foreclosure properties, this week released its November 2005 Monthly U.S. Foreclosure Market Report [1], which showed 71,606 properties nationwide entered some stage of foreclosure in November, a 12 percent decrease from the previous month.”

The report shows a November national foreclosure rate of one foreclosure for every 1,615 U.S. households. 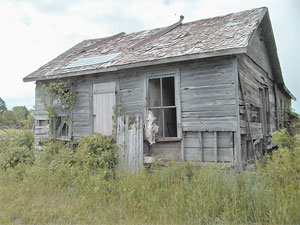 Now what does this mean? In October, RealtyTrac says foreclosures spiked 19% to set a new record. Is there a lot of volatility in foreclosures nationwide?

The November stats are not available on their web site to the general public as of this posting so we can’t look at it more closely.

I think the problem with RealtyTrac’s press release philosophy is their propensity to release their headline figure as a month over month change – this month a 12% decrease instead of an annual change. Last month this indicator jumped 19%. The month over month change shows the most volatility. They should be presenting a yearly change when dealing with monthly figures. They are not considering seasonality by using this method but it definitely gets everyone’s attention. Case in point, last month Connecticut foreclosures increased [2] 7,710.71%. Sounds pretty serious, but its actually pretty ridiculous.

In a previous post, I had similar concerns but for different reasons with the monthly stats released by foreclosuremass.com [Matrix] [3]