Red is a color that represents an extreme. 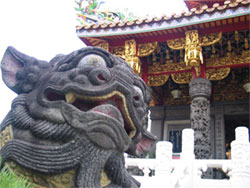 The other day, I got the second issue of Portfolio magazine [1], which is a terrific new Conde Nast publication and has a great interactive web site. The covers alone are worth the purchase price. There have been a few articles that cover real estate topics. The one I really enjoyed was called Little House on the Red Prairie [2] by John Cassidy.

The US is the largest debtor in the world with $10.7 trillion on $13.6 trillion economy (hey that’s 79% financing, sort of). Once the Fed started raising rates in June 2004, in the first of 17 consecutive increases, there was an expectation that housing would cool. But some of the highest appreciation rates for appreciation rates occured after this point.

Since the middle of 2004, the Fed has taken the federal funds rate—what it charges banks on overnight lending—from 1 percent to 5.25 percent. Nor mally, such a dramatic shift would prompt a sell-off in long-dated Treasury bonds and a rise in long-term interest rates. This time, that didn’t happen. Thanks to all those central banks stocking up on paper issued by Uncle Sam, the interest rate on 10-year and 30-year Treasurys, rather than jumping to 7 percent—which might have been predicted based on past experience—stayed closer to 5 percent.

The author suggests that China’s investment in low-yield treasuries helps keep access to US markets and technology. Low mortgage rates fueled the burst in home price appreciation of 2003-2005.

And then of course, there is the little red paper clip… 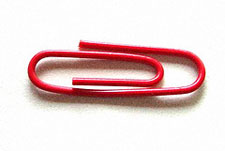 In today’s New York Times, there was a very entertaining article about how Kyle MacDonald [3] was able to trade a red paper clip for a house in: Trading Up From Red Paper Clip to White Picket Fence [4]. This lead to a book deal [5] along the way.

Of course that’s a simplistic version of the story. Basically he posts an announcement on Craigslist [6] and the trades keep growing in scale. Public relations followed and a town in Canada opted to give him a house. Not a full proof way to get into real estate, but its certainly different and creative.

It was a dull day in Montreal, two summers past. The young MacDonald, his fair girlfriend toiling at her labors, was Lying About the House in their minuscule apartment, thinking about What a Drag It Is to Pay Rent and how nice it would be to Own Your Own Place and Stuff Like That when a thought occurred. What if he could trade a red paper clip for a house? Not in one swap but in a bunch of swaps, as in the game Bigger and Better, which he did play when he was but a youth.

This story should probably be a staple [7] (sorry) of everyone’s news reading today.