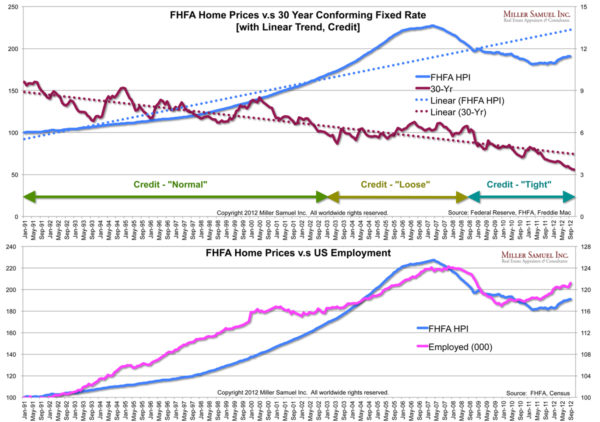 I few weeks ago I was dressed down by an analytics friend of mine [1] who is in the business. Based on his employment and housing sales analysis in Alabama (I’ve never been) he suggested my comments about mortgage rates influencing housing prices as anecdotal and hypocritical (who says analysts have to have tact) – that only employment can be correlated. And further…since mortgage rates can not be proved to influence housing sales through multiple regression, any such claims are hearsay and anecdotal. While I agree that housing’s largest influence comes from employment, I was a bit surprised by the out-of-left-field agita I inspired.

He was focused on the predictive element of a trend versus a knee jerk reaction to a sudden change in a metric. My comment about a spike in mortgage rates at this moment (not predicting it) as ending the party – is apparently what caused him to lose faith in my analysis. Appreciative of the constructive feedback, I whipped up a couple of US macro price charts. 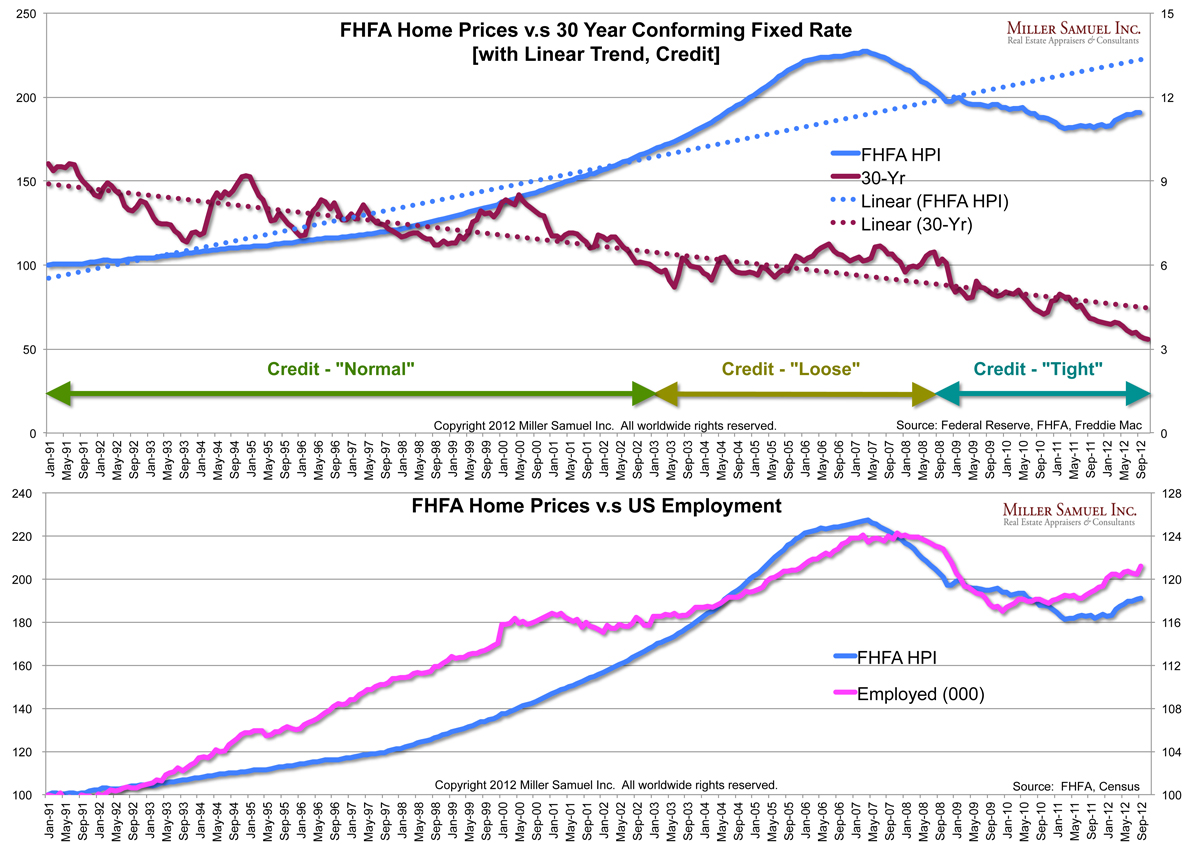 Predictive? Only if considered with other metrics.
Anecdotal? Hardly.