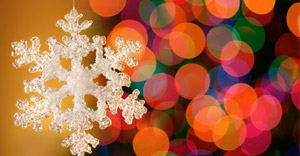 Zillow [1] has been the punching bag of many of late, and perhaps its simply backlash from the large amount of free publicity they got after launch. It generated a lot of buzz to the point where bloggers were so sick of talking about them that they swore to abstinence (from Zillow) for a while.

People have had a chance to use the site for a while now and are beginning to realize how inconsistent the results are. Very accurate in some markets, very inaccurate in other markets and a lot of markets in between so you don’t quite know when and where the results are accurate. The results can be like snowflakes: pretty to look at, but the results for each search can provide a random result. They publish the ratings but I am sure the consumer doesn’t refer to them very often. And seriously, 52% accuracy in NYC means the results should not be published, should it? I have commented on this before since I am in the valuation business.

Zillow is such a neat concept on paper, but in the end, all data goes into a black box and spits out a number. They over promised and should have moved slowly over the country as they felt comfortable in each market. The logarithms that create the “Zestimates” are proprietary and perhaps thats what drives the suspicion, combined with pretty significant inaccuracy ratings.

Despite what I think are best efforts on Zillow’s part, however, I suspect we are seeing the first of several attempts to shut them down or change their model, refuting the argument that since they disclose their inaccuracy, they can continue business as usual. Because of their high visibility, its likely to become a public relations coup for anyone that goes after them.

Damon Darlin writes about the complaint filed by the Community Reinvestment Coalition in his article A Home Valuation Web Site Is Accused of Discrimination [2].

In a letter sent by the National Community Reinvestment Coalition to the Federal Trade Commission last Thursday, the group asserted that Zillow’s Web site misrepresented home values and placed residents in low-income neighborhoods “more at risk for discriminatory and predatory lending practices.”

I don’t really follow CRC’s logic for taking this action since all markets are subject to various degrees of inaccuracy but its going to be interesting to see what the FTC does. I have seen this from my own personal experiences from family members in different parts of the country who have used the site.

Complaints are filed against appraisers for inaccuracy too, but unless there is negligience or fraud commited, its simply an opinion. I know first hand that data collecting in my urban market is often very challenging, and more difficult than in many surrounding suburban markets. Besides record keeping issues, one overlooked reason for the inaccuracy of urban areas is the challenge of valuation in a “vertical” market. Condos and co-ops stacked on top of each other is very difficult to automate.

Whats also really interesting, is the fact that they have been marketing to consumers in order to bypass the real estate professional, but recently the orientation has changed to try to be broker-friendly. This attempt to placate the brokerage community backfired [4] recently and the pr spokesman for the NYT article contradicted themselves by saying:

[UPDATE]A Zillow spokeswoman, Amy Bohutinsky, said the site’s valuations, which it calls Zestimates, were intended for consumers and had never been marketed to real estate professionals. The company sees the tool as a way to empower consumers who in the past would have to rely on a real estate agent to make an estimate based on the sales of comparable homes in a neighborhood.

Is Zillow’s market ignorance in certain areas bliss? Thats up to the FTC, apparently.